Vipassana – As I experienced it (Part-I) 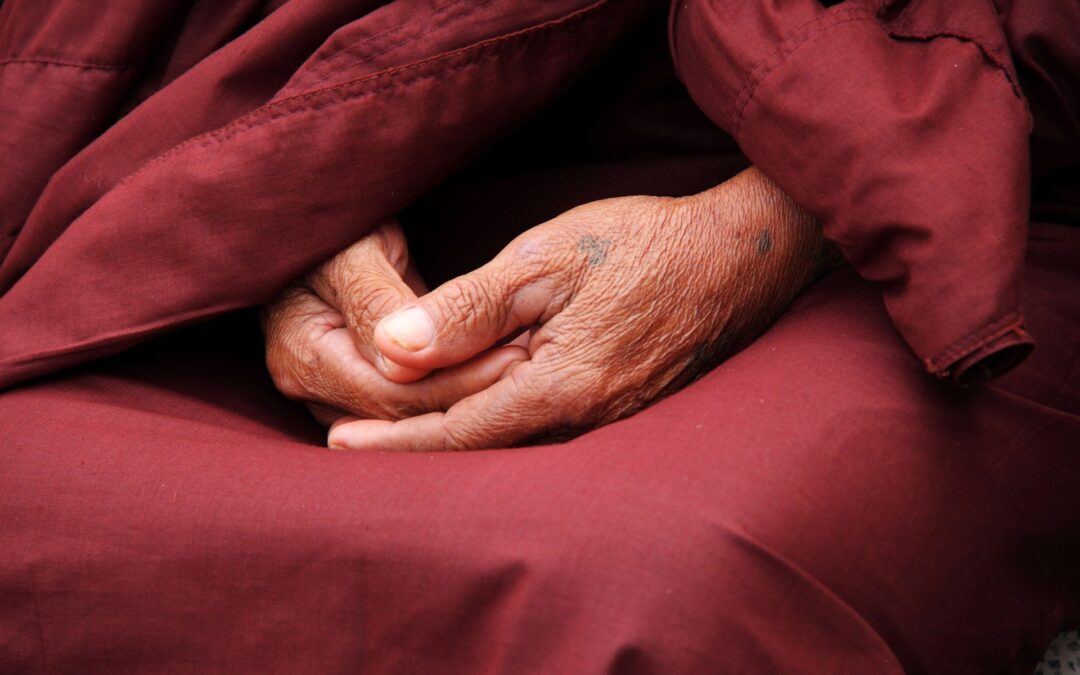 It was in the summers of 2016 when I took up the ten-day Vipassana meditation course along with my elder cousin and my aunt at Dhammagiri in Igatpuri (Maharashtra), where courses in Vipassana Meditation, as taught by SN Goenka in the tradition of his Burmese mentor Sayagyi U Ba Khin, are offered.

I had seen Goenkaji talking about this meditation technique few years back in one of the devotional television channels. However, the same didn’t quite appeal to me as, by this time, having explored various meditation techniques, I had already concluded that the best way to meditate is to put your entire concentration on your breath sitting motionless with your spine as straight as possible. Not expecting to achieve anything. Just letting go. Observing your thoughts as they come and go without any resistance – not entertaining them either. Bringing your attention back to your breath each time you find your mind wandering. Starting to find space between your thoughts and connecting to the Universe through these ‘gaps’ as they get widened in due course. Thus, with the little introduction I had of Vipassana meditation technique, I assumed it had nothing new to offer and I remained uninterested.

Later, when this cousin of mine took to Vipassana and wished me to take up the course at least once, I still showed no interest more so because this ten-day course demanded complete disconnect of the disciple from the outer world. Although I found the idea of meditating in unison in a peaceful natural surrounding quite enticing; and having to observe complete silence during the course period was also something I always wanted to experience; still I just couldn’t think of such disconnect from the person I care about most – my daughter.

However, I sensed the ‘earnestness’ behind my cousin’s wish during a get-together at home on the New Year eve of 2015 when my nephew suggested a game wherein each one of us needed to jot down a wish for any member of the family in a small piece of paper. These pieces of paper were then to be folded and put into a glass jar and subsequently unfolded one by one for everyone to guess whose wish was that. My cousin’s wish was for me to take up Vipassana meditation and, of course, everybody guessed quite accurately. It was then that I decided to go for the course of which I had very little idea. My know-all attitude prevented me from being inquisitive about the meditation technique and other details of the course. My cousin also avoided revealing much as he did not want me to carry any preconception about the course or its possible outcome. As a result I was so ill-informed that I didn’t even know, till I reached Dhammagiri, that we would be served full-meal only once in a day and there would be no dinner.

My cousin suggested me to sit with him daily for one hour as a preparatory measure prior to our visit to Igatpuri. I, however, found it too difficult to sit cross-legged at a stretch beyond twenty minutes without having to unfold my legs and readjust my posture. The unbearable pain I used to experience was too much for me to concentrate on just about anything. After about 20 minutes or so my entire concentration gets focused on my hurting legs and I needed to change my posture constantly to avoid the extreme uneasiness caused by numbness in my legs. Though we sat for more than one month every day between 10:00 to 11:00 pm, the exercise did not help me with my hurting legs in cross-legged posture (which was not mandatory, yet desirable).

The situation got somewhat worse at Igatpuri as we had to sit for much longer durations at least in four divided sessions starting from 4:30 in the morning till 9:00 at night. Waking up at 4:00 in the morning was, however, no issue for me as I was mostly awake during the night. As I had wished for inwardly, I was allotted single room, which proved to be a ‘curse in disguise’ for me as the fear of ghosts and nightmares never let me sleep for more than two hours a night. Surprisingly, however, sleeping scantly at night never made me feel drowsy during the day. A brief 45-minutes nap during the afternoon was more than enough for me to make up for the sleep lost and prepare me for the evening sessions.

One of the two things I enjoyed thoroughly during my stay at Igatpuri was to experience the divine serenity of nature at the crack of dawn. I invariably used to leave the morning session midway briefly to experience the tranquility. The second thing I look forward to each day was the hour long evening audio-visual discourse called ‘Dhamma Talk’ by Goenkaji to put into perspective the experience of that particular day and to clarify various aspects of the technique with a view to help the disciples to achieve the desired results. The conclusion of this final session, however, marked the beginning of nightmare for me with all sorts of worrying thoughts engulfing my mind. I dreaded closing my eyes for the fear of nightmares and stayed wide awake all through the night till I dozed off involuntarily.

As regards developing my capacity to sit still for longer durations during meditation sessions, I noticed no progress till day seven; and on seventh day, just when I finally seemed to have overcome the problem and sat comfortably during all the three sessions, I witnessed an unpleasant situation, which triggered an extreme bout of anger inside me and my problem was back to square one. The incident involved a group of five to six unruly men in their mid-30s, who were wantonly flouting the rules a disciple needs to observe during the course period right from the day one. The leader of this group was apparently a local youth, who (mostly seen in his Bermudas, which were another strict ‘NO’ for the disciples) was constantly chatting in noticeably loud voice during breaks just about anywhere and most outrageously at the dining hall where disciples gathered in their full strength during lunch and tea breaks. They would scurry around all over the place like a herd of wild stags often trespassing to the restricted areas.

I sensed that the group was willfully flouting the rules to damage the peaceful ambiance of Dhammagiri. I took them for volunteers from some politically motivated religious outfits, who were inducted into this course by them for creating some sort of ruckus. The impunity with which they were flouting rules and the fact that no action was apparently being taken against them, had given rise to my suspicion of their being associated with such outfits or why else they were there when they seemed to have no interest in practicing meditation.

Back to the incident – on the seventh day after 3rd session I was taking a stroll on the stretch near the meditation hall and this group was busy in their chit-chat outside the meditation hall. Just then there appeared an old man in his mid-70s, with a very soft demeanor, at the scene and gestured them to maintain silence. I was shocked to see the reaction of the group, which instead of feeling sorry for their reckless behavior, got furious and their leader threw some nonsensical utterances at the old man in the local dialect. Seeing this, I got enraged and was about to intervene when I saw this old man turning around and continued with his walk peacefully as before. The response of this solemn old man reminded everybody around about the greater purpose for which all of us had congregated and, of course, the futility of any attempt to advise such uncouth creatures to mend their ways. For me, however, the damage was done and I just could not concentrate thereafter for the entire remaining period of the course. Though I may not term the experience at Igatpuri enriching, the same has left me with a lot to ponder about to enable me to acquire further clarity which was going to help me a great deal in my spiritual pursuit. I would discuss them in the subsequent part(s) of the present write-up.