Today is the Result of Yesterday (Part-VIII) 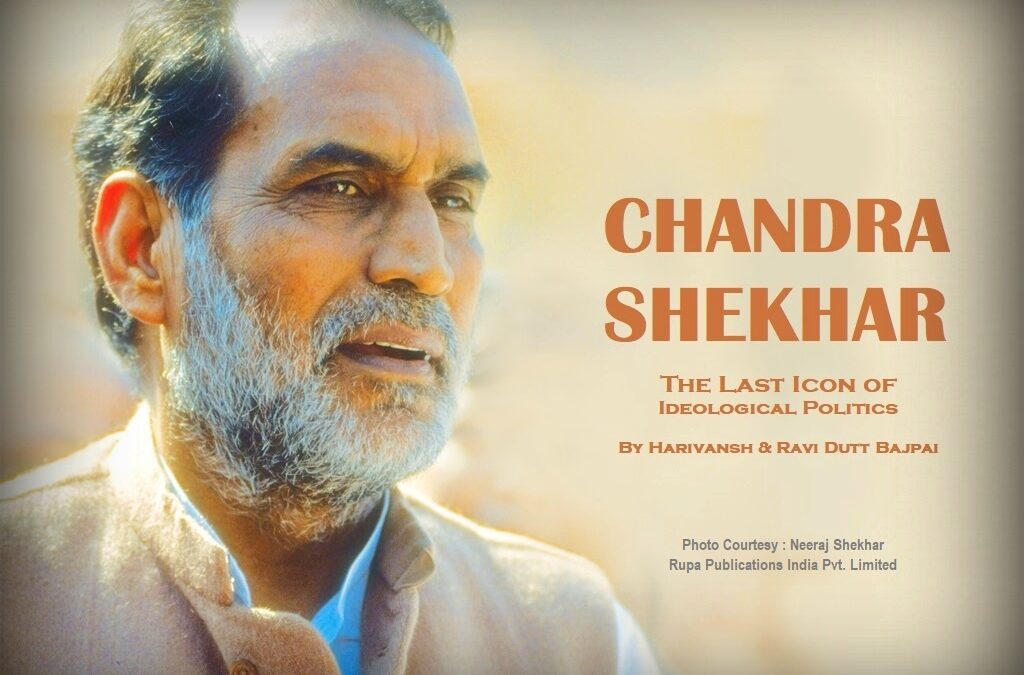 After the fall of VP Singh’s coalition Government, the leader of the breakaway faction of Janata Dal, Chandra Shekhar formed a minority Government at the Centre with the outside support of Congress and became the 8th Prime Minister of India.

I do not remember much about his short stint of about seven months as Prime Minister, except the fact that he was the only Prime Minister of India who did not get the opportunity to address the nation from the historical Red Fort on Independence Day. Later, I also came to know that his Government could not even present a full-fledged Budget and that the country had to mortgage twenty metric tonnes of its Gold reserves (in fact, a ‘sale’ with re-purchase option) to address the foreign exchange crisis during his tenure.

In fact, when I started writing the instant part of my work, I never really thought there was anything worth mentioning about his brief tenure. Of late, however, I have read quite a bit about Chandra Shekhar’s remarkable political career and realized that he certainly deserves a better place in our hearts than the general impression we carry about him as a head of a ‘puppet’ government in the hands of Congress till the party found the political atmosphere in its favour for the inevitable mid-term polls.

Chandra Shekhar was a fire-brand idealist leader who joined Congress in his late 30s and came to be known as the ‘Young Turk’ for his revolutionary ideas and his commitment to democratic values and social justice. Soon he became a ‘voice of dissent’ in the party. In fact, he was one of the very few Congressmen who were put behind the bars during the Emergency imposed by the Indira Gandhi government in 1975. Thereafter he left Congress and joined Janata Party in January 1977.

Chandra Shekhar’s long association with the Parliament amply proves his rapport with the populace. Undoubtedly a man of masses, he was elected to Lok Sabha consecutively from Sixth Lok Sabha onwards, till Fourteenth Lok Sabha, except the Eighth Lok Sabha (1984-1989).  Prior to this he was a Member of Rajya Sabha for three consecutive terms from 1962 to 1977.

Coincidentally, while I am writing about Chandra Shekhar’s tenure, Rahul Gandhi (Indira Gandhi’s grandson and son of Rajiv Gandhi) is on his Bharat Jodo Yatra (भारत जोड़ो यात्रा) on foot from Kanyakumari to Kashmir, much like Chandra Shekhar, who too had undertaken a marathon walk from Kanyakumari to New Delhi, in his mid 50s, way back in 1983. He had started his Bharat Yatra (भारत यात्रा) on 6th January, 1983 which reached its culmination at Rajghat (Gandhiji’s Samadhi) at New Delhi on 25th June 1983, significantly, the 8th anniversary of proclamation of emergency by Indira Gandhi and interestingly, the day on which the Indian cricket team won the first World Cup for India.

As regards the decision to mortgage country’s gold reserves for which Chandra Shekhhar government was ruthlessly criticized, I would like to quote from Jairam Ramesh’s Book – “To The Brink And Back – India’s 1991 Story” (The Continuing Gold Sales Controversy) :

“Right from the start, Parliament was agitated about the gold transfer issue. Members cutting across party lines protested loudly. […] On 12 July [1991], the matter rocked question hour and there were heated exchanges […] But there were some fine moments of statesmanship, too, when the finance minister [Dr. Manmohan Singh] defended his predecessor, Yashwant Sinha, who was being attacked by Congress MPs during question hour in the Rajya Sabha on 16 July [1991] :

Dr. Manmohan Singh : Mr. Chairman Sir, […] decision in regard to gold which was taken by the previous Government—some gold went when they were in power, some gold went when we were in power—if you are asking […] was this transaction absolutely necessary and at what level was the decision taken? I am convinced that in both these cases these transactions were very necessary. The former Finance Minister and the former Prime Minister took these decisions. It was not a happy decision. I know that the then Prime Minister was greatly pained by that decision and I share the sense of pain. […]  In the circumstances, this was the best possible decision that could be taken.”

In fact, Chandra Shekhar’s tenure was critical in laying the ground for liberalization of country’s economy that would take place later that year. A series of documents on economic liberalization were prepared. However, the same could not be passed in the Parliament because of the withdrawal of support by the Congress.

With regard to another important issue which was at its peak at that time, the issue of Ram Janmabhoomi Babri Masjid, I would like to quote from Roderick Matthews’ book – “Chandra Shekhar and the Six Months that Saved India” which talks about Chandra Shekhar’s apt handling of the situation and his keenness to resolve the issue amicably as well as the circumstances under which his government was finally pulled down by the Congress.

According to the book “Chandra Shekhar called together the main leaders of the Ram Janmabhoomi Nyas (RJN), a trust formed by VHP to supervise construction of a temple at Ayodhya, and the All India Babri Masjid Action Committee (AIBMAC), as a prelude to a series of confidential negotiations” to find an amicable solution to the issue. During the meeting (in Kamal Morarka’s words) –

“[…] Chandra Shekhar said : “Ok. Now, let’s be serious. I am prime minister today, I don’t know how long I’ll be here, but while I am prime minister nobody will touch that structure.’ Then he adds, in his own style. ‘I am not VP Singh, who will depend on the state chief minister. I will give orders to shoot anybody who touches that mosque. […] Then the Muslim delegation came. He said: ‘Listen, I have told them. Your structure is safe, till I’m sitting here. But, there are five lakh, six lakh villages in the country. There are Hindus and Muslims living side by side everywhere. If tomorrow there are nationwide riots, I don’t have enough police to control them. So, tell me what you think.”

“In two days, both of the groups came with their tails between their legs, saying they were prepared to settle. ‘OK,’ Chandra Shekhar said. ‘Let’s make ground rules. You start negotiations. Bhairon Singh and Sharad Pawar will sit with you. Whatever you two sides and they agree [on], my government will implement. This is my promise. But there are conditions […] No contents to be leaked to the press till the final agreement.

[…] The broad agreement was this. The Muslims said: ‘We agree to hand over the structure to the Hindus, in keeping with their sentiments. But this structure we hand over on two conditions. First, you give us some other land, to make our masjid. Second, you pass a law, that after this no other issue will be reopened. As of 15 August 1947, what is a masjid is a masjid, what is a temple is a temple.’ This was what both sides agreed.

[…] Sharad Pawar gave Rajiv Gandhi an update on the progress of the talks and told him that a deal was about to be done. Morarka remembers: ‘Sharad Pawar told Rajiv, so Rajiv rang up Chandra Shekhar. “I am very happy that you have done this. Give me two days.” He wanted two days to read the deal and think about it. And then he brought down the government in two days.”

Understandably, Rajiv Gandhi could not have allowed the government to take credit for anything that would have made Chandra Shekhar popular which could hamper his party’s prospects in the ensuing mid-term polls. Rajiv Gandhi pulled the plug on the government in March 1991 and fresh elections were announced. However, as ill luck would have it, a day after the first phase of elections, Rajiv Gandhi was assassinated by an LTTE suicide bomber while he was campaigning for his party candidate at Sriperembudur (Tamilnadu) on 21st May 1991.

Although nobody could say whether Rajiv Gandhi would have sealed the ‘agreement’ between the parties and got the Ramjanmabhumi Babri Masjid issue settled amicably once and for all had he returned to power, the reality was when the Congress did come back to power (without him around, of course), the disputed structure was gone in just one and a half years time under the regime of PV Narsimha Rao on 6th December 1992.