Today is the result of Yesterday (Part-V) 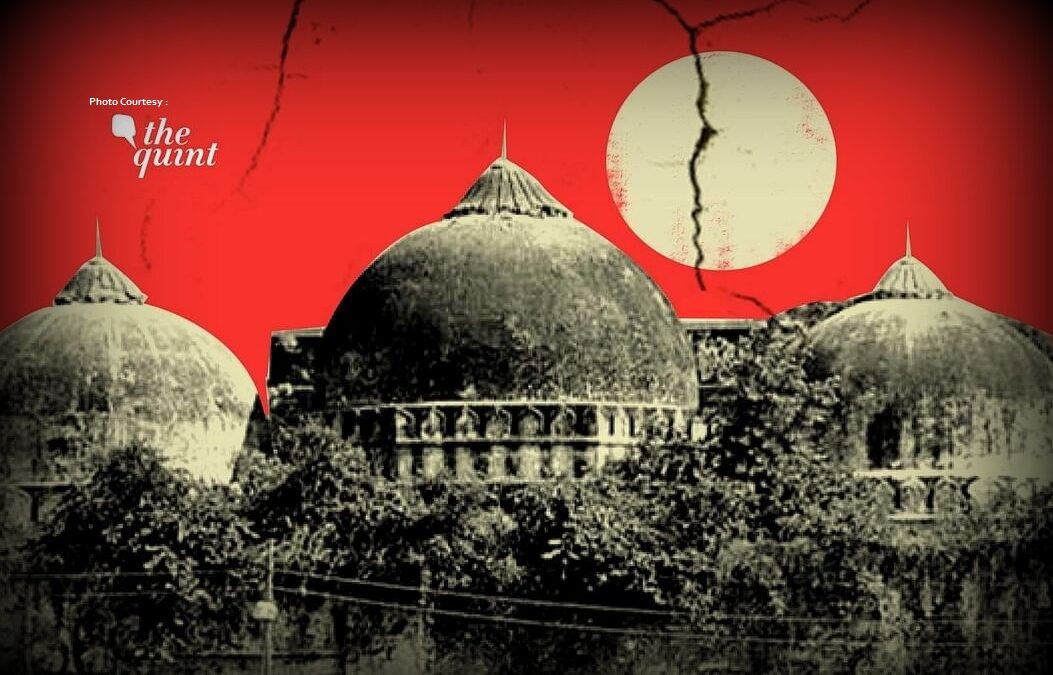 Hindsight is always 20/20. It’s easier to look back, judge people, their actions and point fingers. We all do that in some way or the other and I would be doing no different in the instant part of my work.

As I said, I’ll be recalling certain events which had taken place during Rajiv Gandhi’s tenure as Prime Minister that had far reaching consequences on Indian polity. Like many others, I too believe that some of the decisions taken by the government during his regime had sown seeds for the country we are seeing today.

I may sound a little harsh on him; but surely I do not have the slightest intention to put the entire blame on him. Rather I’d like to make a confession here. While I was looking for an appropriate image of Rajiv Gandhi for the ‘featured image’ of my current work, I, for the first time perhaps, really felt bad about his absence. Remembering his smiling face, for a moment I was overwhelmed with emotions. It may simply be because he had such a disarming personality or perhaps we tend to view the past as better and miss those ‘good old days’ while reminiscencing about the time gone by.

In any case, what’s gone is gone and what’s done is done; nobody can go back in time and mend things. Analyzing the past too could be of little worth as our vision is often clouded by our own biases and prejudices. Still, as I already said, the purpose of my current work is to revisit the past events and look at the things objectively to understand how we as a nation have gradually ‘changed’, especially over the past two decades, bringing this country to a situation where everything seem to be in complete mess.

Rajiv Gandhi’s tenure as Prime Minister was mired in controversies. He was first criticized for his “when a mighty tree falls..” remarks soon after his taking over the reins of the nation after the assassination of his mother, the then Prime Minister of India Mrs. Indira Gandhi on 31st October, 1984. He was speaking on the occasion of the first birth anniversary of Indira Gandhi after her death. His remarks were taken out of context and projected as though they were made to justify the anti-Sikh riots that took place in the wake of Indira Gandhi’s assassination by her Sikh bodyguards. Personally I never felt the remarks were intended to mean that way at all. In fact, I remember my father (not a ‘Congressee’) praising Rajiv Gandhi for his prompt action to get the situation under control and restore normalcy.

Barely a month after, another tragedy struck India in the form of one of the world’s worst industrial disasters. In the intervening night of 2-3 December, 1984, deadly methyl isocyanate gas leaked from Union Carbide’s pesticide factory resulted in death of thousands of helpless people on the outskirts of Bhopal, Madhya Pradesh.

Warren Anderson, the CEO of Union Carbide India Limited, charged with culpable homicide not amounting to murder, was reportedly arrested, released on the same day and was allegedly facilitated to leave the country under US pressure. Anderson never returned to India to face trials despite several extradition attempts. He died at the ripe age of ninety-two in the year 2014 at Florida, USA.

In this regard, the prominent journalist, author, diplomat and Parliamentarian Kuldip Nayar, in his autobiographical work – “Beyond the Lines” recorded that, “Rajiv Gandhi began with the same handicap as his mother. Indira Gandhi had to devalue the rupee under US pressure; Rajiv Gandhi to let off Warren Anderson, Chairman of Union Carbide Corporation, which was running an outdated pesticide plant in Bhopal (a model ordered to be closed in Canada… installed in Bhopal during the Emergency at the behest of Sanjay Gandhi in the face of serious official objections) which leaked, resulting in the death of some 20,000 people on the night of 2-3 December 1984. Rajiv Gandhi rang Arjun Singh (the then Chief Minister of Madhya Pradesh) and instructed him to release Anderson and to arrange to fly him to Delhi.”

Rajiv government’s handling of the situation, both during and after the tragedy, created all sorts of doubts in the minds of people.

In April 1985, the Hon’ble Supreme Court in a landmark judgement ruled in favour of an elderly divorced Muslim woman Shah Bano, who was seeking maintenance from her husband. The judgement, however, did not go well with the hardliners of the Muslim community, who took the verdict as an encroachment on their personal laws/religion. This ignited a huge political controversy. Caving in under the pressure of Muslim hardliners, clergies and political leaders, Rajiv Gandhi government got a new law “Muslim Women (Protection on Rights of Divorce) Act, 1986” enacted to overturn the Supreme Court judgement. The new law diluted the Apex Court ruling and allowed maintenance to a divorced woman only during the period of iddat as per Islamic law.

While the new law was being enacted, the District Court of Faizabad on February 1st, 1986, vacated the status quo maintained since 1949 in respect of the disputed Ram Mandir Babri Masjid site at Ayodhya, believed to be the birthplace of Lord Rama. This was largely seen as a balancing act on the part of the Rajiv Gandhi government to placate the populace, who were seeing the Government’s approach in Shah Bano case, as an act of appeasement of Muslims.

The first Chief Information Commissioner and former Chairperson of National Commission for Minorities Shri Wajahat Habibullah in his book – “My Years with Rajiv” recorded that – “Rajiv’s answer (to his question) was direct and instant : ‘No government has any business to meddle in matters like determination of the functioning of places of worship. I knew nothing of this development until I was told of it after the orders had been passed and executed.’

Whatever might be the truth or whoever was involved in the decision leading to unlocking of the disputed premises, it was largely perceived as a political decision. This ‘balancing act’ of the government eventually led to the demolition of the ‘disputed structure’ about seven years later on 6th December 1992, during the regime of the next Congress Prime Minister PV Narsimha Rao.    I remember, when I first heard the news, I just couldn’t believe my ears. People were stunned but generally happy about the developments at Ayodhya that fateful day. In my early 20s, I too was one of them, blissfully unaware of the irreversible damage it has caused to the secular fabric and the communal harmony of the nation.