Today is the Result of Yesterday (Part-II) 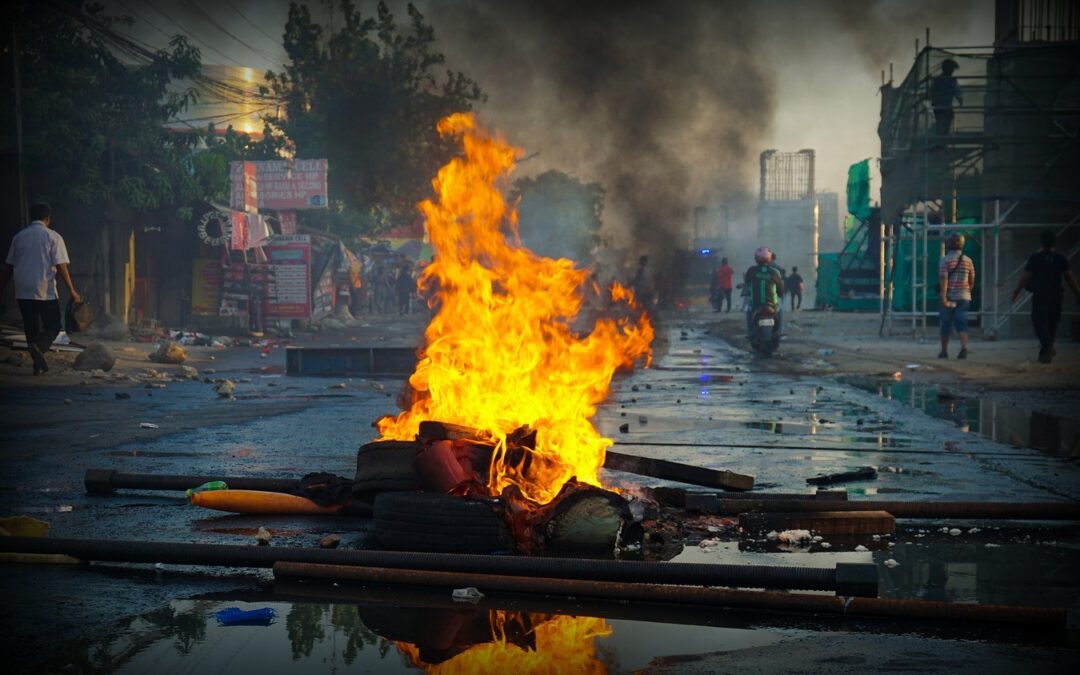 The purpose of my current piece of work is to go back in time (as far back as in my early teens) and recollect the events as they unfolded from time to time, especially the happenings in the last two decades that gradually shaped the conditions which finally led this country to such a dismal pass – a situation where everything seem to be in complete disarray. Economy is in shambles; poverty and unemployment are at their peak; crime against women and children is on the rise; lives of citizens are increasingly threatened by religious fanaticism and bigotry.

So far as the crumbling economy is concerned, it’s true that the prevailing pandemic situation has caused it to deteriorate further, which was already on downslide. Even after the pandemic subsides early next year as per the general predictions, it will take years to put the finances back on track. Since I do not know the ‘e’ of economy, I would desist from commenting any further on the circumstances or the policies of the government that might have caused such severe damage to the financial health of the country.

More than the serious law and order situation that may arise in view of the growing unemployment and poverty, what’s bothering me most is the wave of communal hatred which is gradually engulfing the whole nation. The air has become so vitiated that humanity is virtually gasping for breath. It’s really very hard at this stage to foresee which situation is more imminent and more dangerous than the other.

I would like to quote Billy Graham here – “When wealth is lost, nothing is lost; when health is lost, something is lost; when character is lost, all is lost”. So, more than the chaotic economic condition, which could be overcome and rebuilt with the passage of time, it’s the ‘character’ of the nation we must all be concerned about; because, once lost, we will never be able to regain it. We must therefore be very careful in our deeds and thoughts keeping the ramifications of our actions, both individually and collectively, in mind lest we, in the name of building a new India, damage the very essence of our nation; the values that we all grew up believing this country stood for.

The year 1984 made Delhiites witness the most dreadful communal violence after the partition. Anti-Sikh riots broke out in various parts of the city after the assassination of the then Prime Minister Mrs. Indira Gandhi by her Sikh security personnel on 31st October. We used to live in East Delhi area during those days which was worst hit by the riots.

I remember, it all started the next day around in the morning. We could see thick clouds of smoke billowing from burning properties all around. Soon, from our closed doors, we could hear rioters reaching our street too. Sound of bursting cracker suggested that the only Sikh house in our street was also targeted. Diwali had just passed and the family had kept some crackers for the impending marriage in the family. Timely action on the part of the immediate neighbors saved their lives.

By afternoon, the news of killings that took place in the nearby locality reached us. I just couldn’t believe that people were actually killed. Although we saw people running around with whatever they could lay their hands on from the properties attacked by the rioters, but the news of killings was something unimaginable for me.

Around 4:00 o’clock in the evening, when the things settled down a bit, my father stepped out to see the situation for himself. Perhaps he too had his doubts about the news, though he had witnessed the worst during partition days. I don’t know why, but somehow he took me along to the nearby Sikh populated area. As soon as we entered the locality we noticed a charred human body lying in the middle of the road. We instantly made a U-turn. The site was horrible and seeing the body I was shaken to the roots.

By evening all sorts of rumors were in the air. Right from Sikhs having celebrated the death of Mrs. Gandhi by distributing sweets the day before, to the police having recovered huge quantities of arms and ammunitions from the places of their worship. I remember one of the boys in the locality came running with the information that Sikhs had stacked the ammunition in a hidden cellar inside the nearby Gurudwara, which was discovered only when a policeman happened to give one of the statues in the premises a turn. This triggered the opening of the vault leading to unearthing of huge stockpile of ammunition. To this day, I’m yet to see any type of statue within a Gurudwara premises anywhere. Such was the extent of lies being spread.

The motives behind spreading such rumors were very clear. The perpetrators not only needed to justify the ghastly acts committed by them, but also required to ward off any amount of soft feelings that may well up inside the minds of general people towards the victim community seeing their plight; and the perpetrator could do this only by instilling fear in the minds of people against the very community.

So the rumor of retaliatory attack by Sikhs also went viral by late evening, and the reaction was swift. The grit stones stacked in the street behind ours for re-surfacing work reached the rooftops of local residents at a lightning speed. Decision to form small groups of young men equipped with lathis (long wooden sticks) to guard their respective localities against the probable attack during night was also taken promptly.

I recall an article by one of the prominent journalists dated 4th November 2018 wherein the journalist, pointing out “the difference between Delhi of 1984 and Gujarat of now”, noted that, “…many of us put on crash helmets, picked up hockey sticks and cricket bats, wickets, anything at night to run vigils in our streets so no “outsiders” could harm our Sikh neighbours.”. It’s true that “the ordinary mass of the Hindus in Delhi never got involved in the riots” (as observed by the journalist in his said article), I simply beg to differ from his noting with regard to the purpose of those street vigils.

There were no mobile phones, no ‘social media’ during those days, still the means which would have been used for spreading such poisonous substance was in no way inferior to the present day channels, neither in its venomousness nor in its velocity.