Return of the Warrior Prince (Part-II) 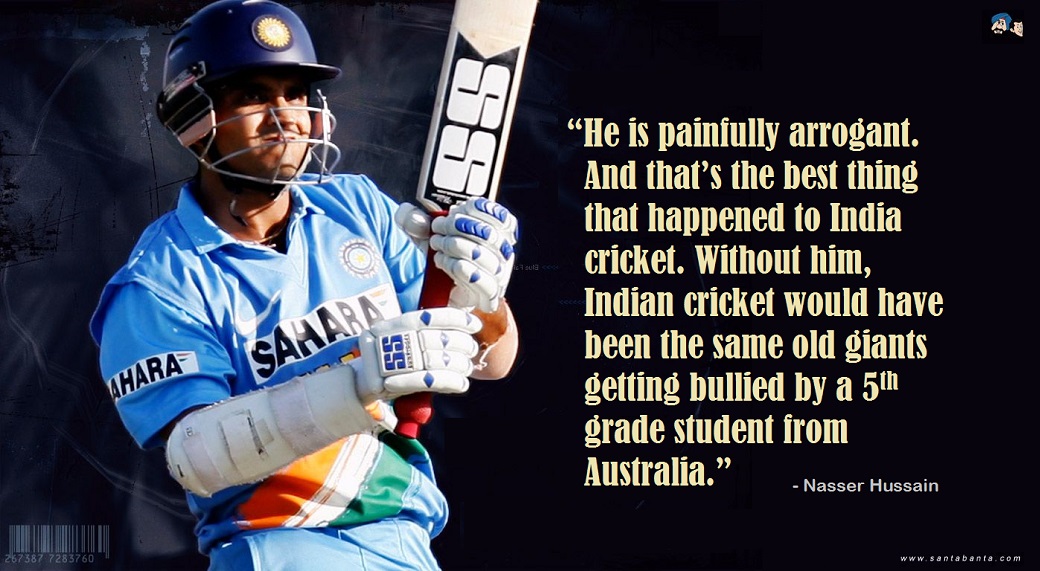 Year 2005 was not at all good for Ganguly with almost nothing going his way. Every member of the team, including Dada, seemed to have been struggling with their forms. Sachin Tendulkar, who was already going through a bad patch, finally diagnosed with tennis elbow and rested for around six months. The Great Wall of India, as Dravid was fondly called, was losing its strength. The performance of match-turners like Yuvraj and Mohammad Kaif were highly inconsistent. This was the time when people started pointing fingers towards Dada’s individual performance and even his leadership capabilities.

John Wright, the first foreign Coach of the Team, was to be replaced, as he had desired to go back to his country and spend time with his family. Among the names proposed, Greg Chappell’s name was on the top. Dada also supported Chappell’s selection, and finally, he was appointed as the new Coach of Team India. But, soon after his taking over as the Coach, differences between the Coach and the Captain surfaced. While ‘Maharaj’,who was not ready to follow the commandments of the new Guru, started ignoring the lessons taught in his ‘coaching classes’, the Coach ignored his presence in the team as Captain.

This ignited lobbying amongst the players and the selectors, and left Team India divided and the ‘huddle’ broken. Chappell even asked Ganguly to step down as Captain of the team. The Captain not only refused to budge, but also made the ‘dressing-room secret’ public. This act of Ganguly cost him dearly as it gave his opponents all the more reason to come out in open against him. Ganguly was criticized viciously. Although, the young blood was still with their Captain, the circumstances helped Chappell in having his way, and finally Ganguly was dislodged. He was not only stripped off his captaincy but also kept out of the team.

A closer look at the whole episode revealed nothing but the clash of ego, personal goals and petty Board politics. On the one hand, Chappell tried to dominate the Indian Cricket as the Coach like never before, while on the other hand Dada, by virtue of his very nature, acted like a real Prince and impeded every move Chappell made to tame him. As far as Dada’s attitude was concerned, he was like this from the very beginning.While touring with a junior team, Ganguly as a twelfth player said to have refused to carry drinks for the batsmen at the crease considering the task beneath his social status.So he did nothing new as far as the way he behaved with the new Coach was concerned.

The previous Coach (John Wright), the most successful one in the history of Indian Cricket, never had any problem with Ganguly, and the result was excellent. They both went together to build the Team India, which was no more dependent upon the performance of one or two master performers in the team. India won a considerable number of matches where all top order batsmen failed to perform. This was the greatest achievement of the times and the team could have called, in its true sense, the Team-India. There was absolutely no need for the Chappell to act in a reckless manner to set the things according to his whims and fancies. He hastily tried, failed and then made it a prestige issue.

The manner in which Ganguly was stripped off his position in the team was really despicable. If Ganguly was guilty of making the ‘dressing room secret’ public, then Chappell was also guilty of ugly exchange of emails between him and the Administration. If Ganguly was not performing well, the other members of the team were also not performing and; when Ganguly did perform, his innings were termed as ‘performed against school-level team’. If it was a school level team, then why didn’t others perform as well? If Ganguly was guilty of his attitude, then the Selection Committee was also guilty of having different yardsticks for different players.

I’m quoting the concluding para of one of my old write-ups, scribed some time after Ganguly was dethroned as the Captain of Team India.

“I am one with the people of Kolkata in their fight against the injustice meted out to their beloved ‘Maharaj’ and if this is the way to prepare the team for the World Cup 2007, I wonder whether we could even say good-luck to the Team-Chappell.”

Being one with the ‘people of Kolkata’ – what does it suggest? Was it my narrow regional mindset that was making me such a bitter person towards one and all in the team? No, I would vehemently deny this as I do not, in fact, identify much with Bengalis as my upbringing was totally Hindi. I can’t even speak Bangala very well.

It was just out of sheer frustration as a lover of the game,who was indignant at the way Ganguly, who had given so much to the Indian cricket, was being treated and the extent of Board politics being played behind the scenes. It is but relevant to mention here that this was also the time when a well-known full-time astute politician had taken over the reins of BCCI as its Chairman. Naturally, the games of politics were to be played in the game involving awful lot of money.

Back to the 2007 World Cup, which the Coach Greg Chappell was claiming to have been preparing the team for, the team India,under his ‘able guidance’,could not even make it to the Super-Eight. The team managed to secure only 02 points in the preliminary round by beating a ‘school-level team’ Bermuda (the team nobody had perhaps heard of in the cricketing world,either before 2007 or thereafter ever). Even the minnows Bangladesh beat India to enter the last eight of the tournament. As regards individual performances, Ganguly’s run aggregate was just about equal to the total runs scored by three master batsmen, including the Captain (of Coach’s choice), put together in the tournament. In the short tenure that has been granted to Saurav Ganguly as the President of BCCI, Dada has already came out successfully with the first ever experiment with Pink Ball Day-Night Test Match. He has so much to prove in such a little tenure. All the Best, Dada.