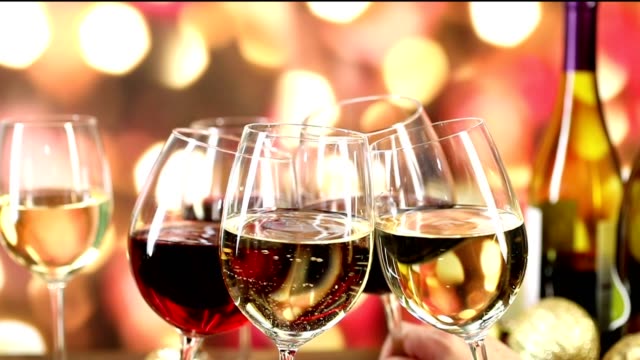 During my recent visit to the Pink City, I came across a banner that read – “शराब से नहीं, दूध से करें नव वर्ष की शुरुआत” (start the new year with milk – not with alcohol). Just the imagine of people clinking glasses of milk at new year eve celebrations amused me.

It has been more than ten years now since I quit alcohol. This wasn’t because I considered it a vice, but for the reason that I just had to give something up I really enjoyed and relished in life. After non-veg food, which I’d already given up more than a decade back, it was the liquor that I used to enjoy immensely, so I decided to renounce it. Since I was never habituated to drinking and took it in a very limited quantity that too at great intervals, I didn’t find it difficult to say drinking a goodbye.

Though, given the kind of person I am, who finds it difficult to accept things as they are, I did have a realization that I might need ‘it’ more than anything else in life to keep me going. I believed so, as I had noticed that after sipping down a couple of small pegs, I used to feel lighter at heart – letting go of things that might have been bothering me; more accepting and forgiving of the people who might have hurt me. Letting go, even for shorter durations, helps a great deal in healing one’s soul and keeps one going in this really ugly world.

When life started to test me after 2000 and I was running here and there seeking solace in the so-called spiritual world, I came across a considerable number of people, who guided me towards one practice or the other. One of them was my colleague, who practices ‘Sahaja Yoga’ a simple meditation technique founded by Mata Nirmala Devi Ji, an eminent spiritual leader of the time.  This colleague of mine, who had a short stay in our department, was a person of very soft demeanor and on his persuasion I once accompanied him to one of the Sahaja Yoga Centres at Gurgaon (now Gurugram).

There, when I failed to feel anything even after following the entire ritual with all my faith, he introduced me to a person who appears to be long into it. One of the prerequisites to gain success in this spiritual practice, as he told me, was to forgive one and all from the core of one’s heart. I said it was not possible. Trying to convince me, he said, “Look, in my life too, there are people, who have wronged me, but I never sought revenge against any of them; neither do I harbor any ill-will against them. So its very much possible, you see.” I said, there is a difference between ‘not taking revenge’ or ‘not harboring ill-will’ and ‘forgiving’ a person altogether who have done wrong to you, especially when it’s a ‘permanent damage’ that they have caused in your life. I too never sought revenge against any of those persons in my life, rather helped them when the time changed; but I never forgave them. In fact, forgiveness was never sought. For a while he looked thoughtful, perhaps looking for some suitable retort and then switched over to other ‘pre-requisites’.

One can label me rigid and I would graciously accept it (at least this much of humility I have acquired in my life). In fact, I do feel that perhaps due to this hard-headedness, I have not been able to make any headway in my spiritual quest. Perhaps, I need to ‘unlearn’ and take things more lightly.  Anyway, back to the topic, as I’ve already said, taking a couple of pegs really helped me feel unburdened, relaxed and, more importantly, happy; happy to ward off any hard feelings towards anybody or anything in life.  Here I must clarify that I do not have the slightest intention to promote drinking; though, I do believe that taking it in a limited quantity, following the 3Ds of Drinking, i.e., Duration, Dilution & Diet, will never really harm anybody in any manner unless and until one makes it a habit. Wish you all a very happy New Year. Cheers..